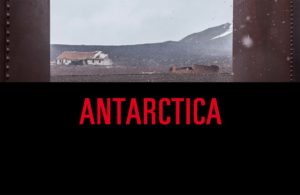 In 2010 I took the route from Soutern Argentina to Antarctica. The cruise started and ended in Ushuaia. For me it was the second time to visit Ushuaia. The first time was in 1994 during a tour through Patagonia. (And that was more or less the first holiday with that I really began to travel.) Of course, when saying Antartica it means just the tip of that “continent”. Almost all tours don´t go much deeper and not really close to the South Pole.

It might be interesting to compare the pictures of the South with those from the North. One year before, 2009, I visited Greenland. And in 2004 I took an icebreaker to Franz-Josef-Land. This one is quite close to the North Pole and gives the best comparison to Antarctica. (By the way, the North Pole is easier to reach than the South Pole, it´s just pretty expensive.)

What are the differences between the South and the North? Here are the touristic ones: The animals are different, of course. There are many more tourists in Antartica than in the Artic. Therefore, in Antarctica you´ll meet other ships and people, that´ll happen very rarely in the far North. And the ice is different. For example, you´ll see many more icebergs in the South. And at least for that tour that I did you don´t need an icebreaker, but for the far north it´s necessary.

When travelling, the weather always is a big topic. As you can see, the weather was pretty nice most of the time. Only on Deception Island is was very windy, it snowed and the skies were grey. And exactly there you could swin in the ocean, what I didn´t do, of course(?). Otherwise it was perfect, and the local summer isn´t that cold.

It´s far away, from Europe, but you have to go there at least once!