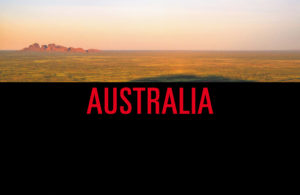 Going to Eastern Australia and to the Center

This was a trip long time ago, over Christmas and New Year 1993/1994 to Eastern Australia and then shortly to the center. Therfore all pictures shown here are scans from slides.

That trip started in Cairns and then we went by car all the way down along the west cost to Melbourne.We visited, among others, the Great Barrier Rief, still healthy then, Daintree National Park, Fraser Island, Byron Bay, Surfers Paradise, the Blue Mountains. And when go to Sydney don´t miss the Sydney Rock Oysters.

From Melbourne we went to Tasmania, arriving there on Christmas Eve. It wasn´t easy to find a car and accomodation and an open restaurant. And it was a pretty cold summer there, around 5°C. After going back to Melbourne I flew to Ayers Rock. I don´t remember that climbing Ayers Rock was under discussion then, but I won´t trust my memories too much. So I went to the top on New Year´s Day for the sunrise. You can see another picture here: Landscape.